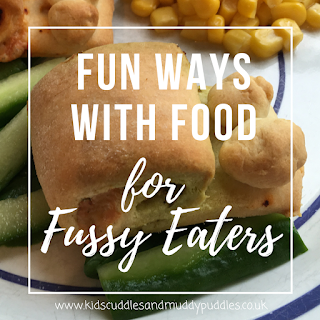 Parenting Alphabet Challenge: An A - Z of My Parenting Experiences 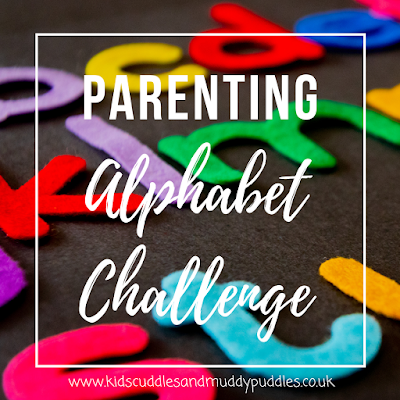 You may have seen a few of these A - Z of parenting posts doing the rounds lately, so when Emma from Dirt, Diggers and Dinosaurs tagged me in hers, I was up for the challenge! The idea is to use each letter of the alphabet to describe your parenting experiences, and I took that to mean the good, the bad and the ugly! So here's my take on the "Parenting Alphabet Challenge," created originally by Yule Times. I tried to be a little original in my answers. How many can you relate to?

A is for ANTI-WRINKLE CREAM


Let's just cut to the chase... children age you! If I had know 10 years ago just how bad my frown (and smile) lines would become, I'd have started slapping the stuff on in my mid-twenties! Every wrinkle has been worth it though!

B is for BED HOPPING


Whether that be the children in yours, or you in theirs, there's guaranteed to be plenty of bed hopping, swapping and sharing going on! There certainly (still...) is in my house!

C is for CARDBOARD BOXES


I've lost count of how many times we've had to source these things for school projects; harvest baskets, gifts for the homeless, packages for third world countries, and the latest 2 - to make a hospital from the olden days, and an Easter house! You may as well start stockpiling now! Oh, and all those fancy expensive gifts you buy for your children - you can bet your breakfast (if you're lucky enough to grab any) that they'll be more interested in the cardboard boxes!

How to Encourage Positive Thoughts at Bedtime with The Dream Pillow™ 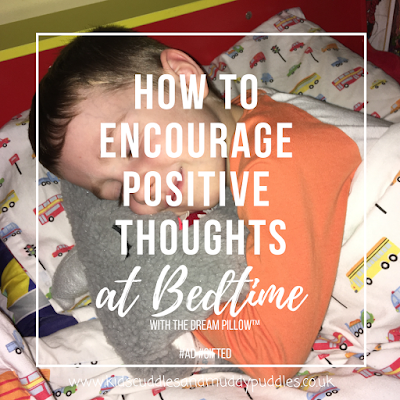 (Review - Gifted)
From the first day you bring your bundles of joy home from the hospital, sleep patterns and bedtime routines seem to be a hot topic of conversation amongst parents...and even strangers! People love nothing more than to ask, "How does the baby sleep?" or "Do they sleep through the night yet?" Everyone seems to have an opinion too, don't they? "Ooh, don't let the baby sleep with you - you'll make a rod for your own back!" (That's my favourite... 😖)

And there seems to be no escaping it! As the children get older, parents can often find common ground by chatting about bedtime routines. "What time do yours go to bed? Do you read a story every night after a bath? Do you let your children have T.V or tablet time?"

As the children get older, they are more aware of their routines and become more independent in their choices - choosing a bath or a shower, picking out their own pyjamas and bedtime stories, choosing a cuddly toy or comforter for example.

But what happens when they hit the nightmare stage? All your hard work can be undone in an instant. The fear, the tears, the long cuddles back in your bed. How do you reassure your little ones that they are safe, and it's okay to go back to sleep? How do you alleviate these big worries that fill their little sleepy heads? How do you encourage positive thoughts at bedtime?