8 months and still no diagnosis. Have we failed our son? 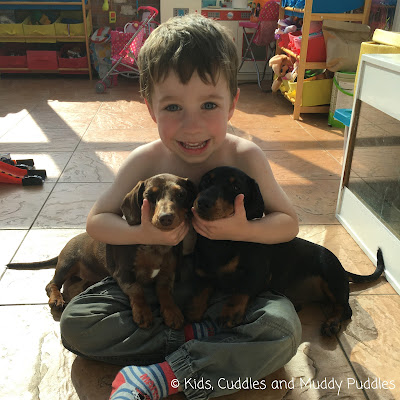 I've just got back from an appointment with a dermatologist. My son was finally referred to one a few weeks ago. You see, he's been suffering with a strange rash since early December 2017. Well, I say suffering - he's not actually complained about it, it doesn't hurt or itch, but it has slowly grown and is now very widespread. I'll explain a bit more about that in a moment, but right now these are the thoughts spinning around my head...

Somebody slap me. I need to get a grip.

Early December 2017 - S develops 3 or 4 raised red spots on his tummy. Didn't think too much of it, just made a note to keep an eye on it. He'd already had chicken pox earlier that year. It didn't look like that anyway.

19th December - Spots still there, one is looking scabby. I took photos. Christmas was around the corner and he seemed well in himself. Wasn't too concerned, kids get viral rashes all the time.
29th December - Quite a few more spots appeared by now so I get an emergency doctor's appointment. The doctor wasn't concerned although he wasn't sure what it was. We were sent away with calamine lotion (even though it didn't itch!) and told come back in 3-4 weeks if it got worse.


23rd January - We went back to see a different doctor. He questioned whether it could be a variant of a virus common in children called molluscum contagiousum, part of the chicken pox family. Sounds like a Harry Potter spell! I was told that if it were this, it could take 6 months or longer to clear up! It's quite contagious if the blisters burst and come into contact with others, but none of his spots developed blisters (which is usual with this virus), and his sister didn't have one spot!

I wasn't convinced but as he was so well otherwise, I decided to let time pass and see what happened. He was allowed to go to school as normal, but by now the teachers had noticed and were a little worried about infection themselves.

A few months passed. The spots seemed to disappear very gradually, then new ones would appear in a different place. He began to get a few on his neck and the odd one or two on his upper arm and thigh. Still, the doctor had told us that it was a waiting game. So we trust them don't we? They are the experts after all, and despite having to have some antibiotics for an ear infection in March, S remained fit and well.

By mid-May the spots had started to spread again so I made a doctor's appointment with the same doctor as before for continuity. We had a 3 week wait. The 27th finally came around and the doctor had another look. He decided that now, it looked a little dry so treated it as if it were a skin complaint such as eczema. We were prescribed some topical cream and a steroid cream. I still wasn't convinced, so took the decision to stop using the steroid after 2 weeks as there was absolutely no change. All the other cream did was give him softer skin but still, his rash persisted.

June came and went. The rash didn't. S was having a swimming party at the end of July and by now, he was conscious that he looked different, and he didn't want people to think he was infectious! If any body asked what was wrong with his skin, he got all defensive and said, "The doctor doesn't know yet but it's NOT chicken pox!" Bless him. Enough was enough. I booked another appointment (again for 3 weeks time!) and we waited.

On the 9th July, we explained our story to another doctor. He took one look at S's rash, then my face and before I could say anything else, he said he would write us a referral to a dermatologist straight away! I breathed a huge sigh of relief and thanked him, as I'd gone in there ready to demand this anyway! He told me I was right to stop using the steroid cream, and there was no harm in continuing with the other cream as it was at least making his skin lovely and soft! Although he didn't really think it was helping the condition.
I got home and rang the referral service straight away. Within 2 weeks we had our appointment through for today. I was actually really looking forward to taking him, hoping that today we'd get some answers and a positive course of action.

The doctor was really thorough, asking questions about the history of the rash and whether he had any allergies. He inspected a lot of the spots with his magnifying tool and had a really good look at S. I held my breath. This was the moment we'd waited 8 months for - a diagnosis. A name for the condition. A specific treatment or cure.

All the doctor could tell me was that is WASN'T a rash! The red spots and subsequent scabs were burst blood vessels under the skin! Something was happening inside my boy to make these marks appear. It obviously wasn't infectious because R hasn't developed it. And that's all he could tell me. That, and "don't Google it."

Which of course, I did.

And he's right. There are so many things that could be causing this. I wish I hadn't looked because now my mind is going 10 to the dozen, thinking the worst. Our saving grace is that S is otherwise fit and well. He's a healthy, happy boy and that's what I need to focus on.

We're now being referred to the hospital paediatric department but there's about a 3 month waiting list. We're also being referred to the dermatology department at the hospital too which could be in about 5 months time. The NHS is such a valuable resource and it's so stretched. I have every faith that they will get to the bottom of this... but do I wait? Should I look at going private? This is where my head starts to spin again and all those questions resurface.

I don't want to fail our son. I just want to find out what is happening and why. And I just wish he didn't have to wait any longer. I was told to try not to worry but that's a parent's prerogative. I am worried. Worried sick. I really shouldn't have Googled it!

To be honest, I'm not entirely sure why I've written this post. I'm not sure what I'm trying  to achieve by it. But it's made me feel a little better getting it all out! Maybe I can look back at it tomorrow with fresh eyes, and consider our next steps. What's best for our son. Here's hoping our appointments come through as quick as possible and we get a diagnosis soon.

Thanks for reading if you got this far!


Finding joy in the little things: I like to end all my posts (where it fits) with a positive thought, however small! Today both children fell asleep in the car on the way home from the appointment - blissfully unaware of the stress and worry of the situation! It gave me a much needed hour of peace and quiet to gather my thoughts, have a cuppa and generally calm down a little bit!

I'm linking up this post with these fabulous blogs: